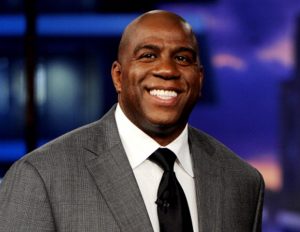 ✊this was much needed. Things will be alright (Hopefully). Mitch Kupchak and dumb ass Jim Buss are now gone ( Jim is part owner, but has no say in Basketball decisions).

It’s a new era for the young Lakers. It might take some time but this change was needed. A new Positive energy flowing through!

Lakers faced the same kind of a challenge in Mid 90’s too, but overcame the obstacles and won many championships. I think Magic will bring the Lakers spirit and pride to these young players and eill motivate them. There might be a light at the end of the tunnel. It will happen again!

Let’s hope he doesn’t make a big foolish mistake in the next few days, like Valade did!! He’s is so inexperienced with NBA trade rules and CBA talks, so let’s hope he makes the right decision by this Thursday!! Than he needs to hire a really good GM.