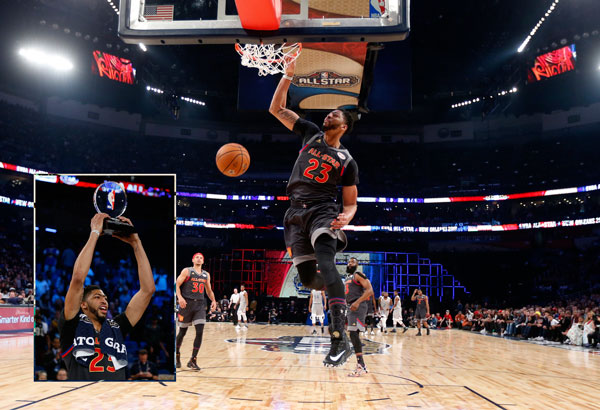 Glen Robinson III won the slam dunk contest. His moves did not impress me much, but man I miss Michael Jordan! he was the best in slam dunks!